An electric motorised snowboard. At least that’s what everyone calls it

A motorbike snowboard is commonly regarded as a means of transport. It is mainly used for recreational purposes, but in general some users manage to use it for utilitarian tasks as well.

This particular prototype is based on a Russian petrol-powered snowboard by replacing the petrol system with an electric one. 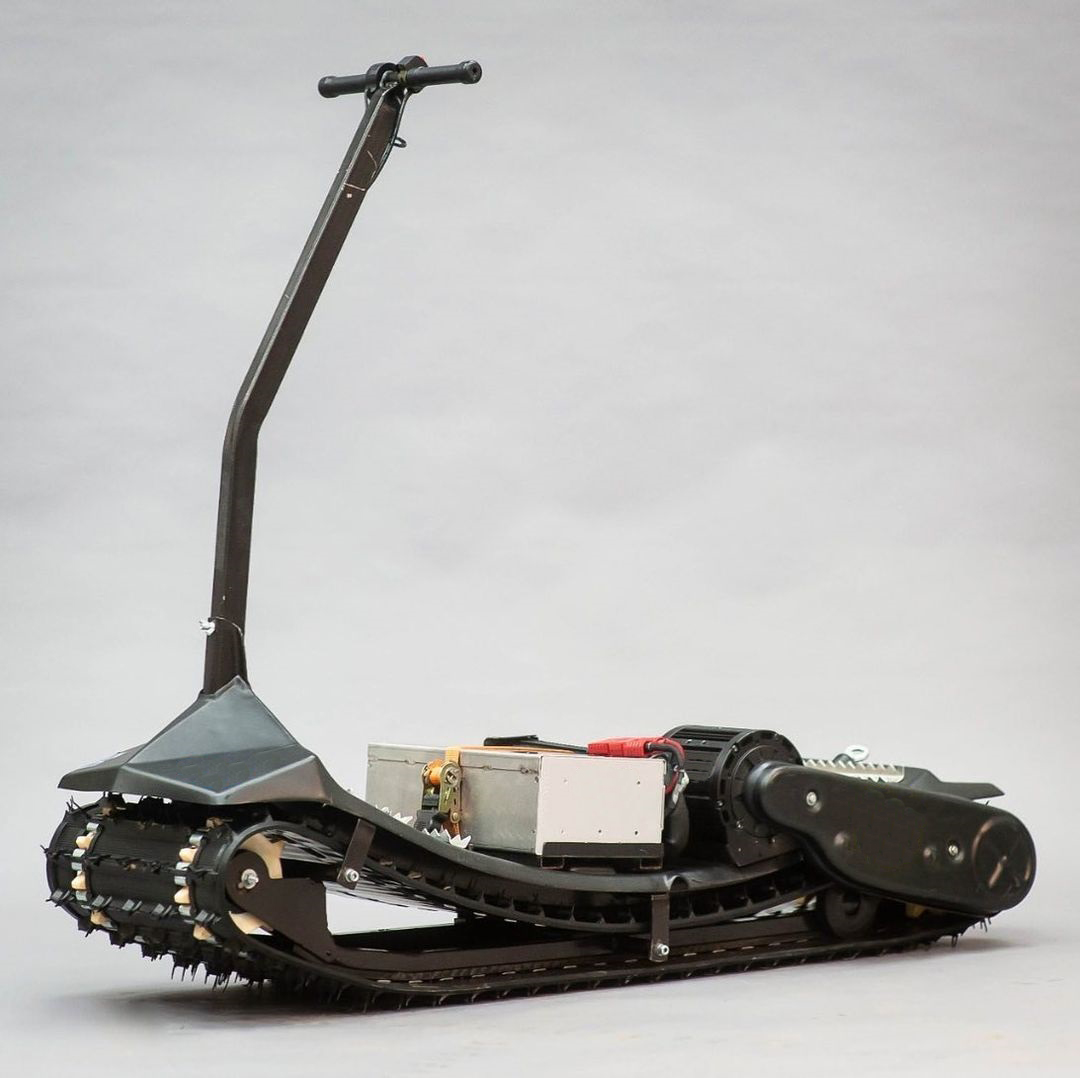 By the way, I have written before that there is an American version and a Russian one. Here’s a comparative article. USA vs Russian Federation. What is it? 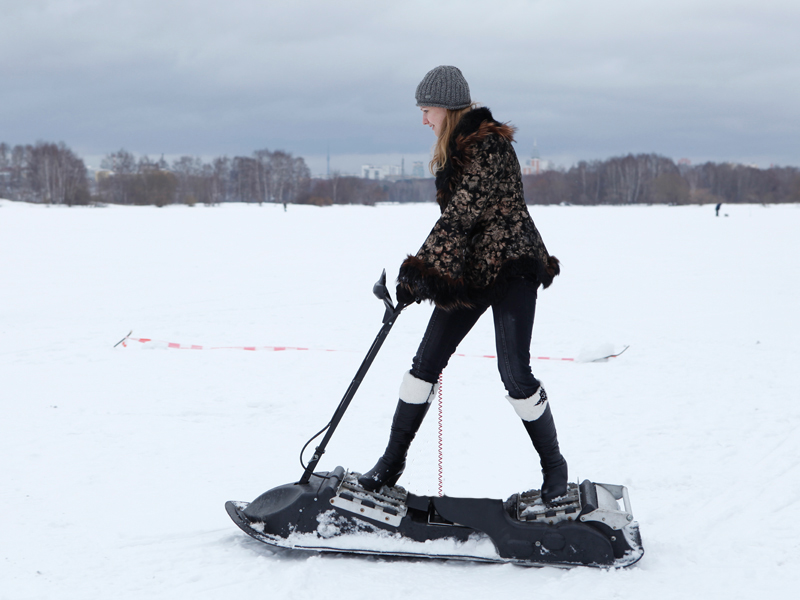 The device is tilt-controlled, which is why it has a snowboard part in its name. But of course, the term is a bit of a mouthful. The steering is more specific and unlike anything else. The design of a motor-scooter (tugboat), but the layout is own, so the driver could stand on the top.

In general, in the trend of electrification of everything and everything, and this device touched the hands of homebuilders.

What is already there, I’ve already fantasized about it, and tried to visualize in Photoshop electric version to show friends and listen to feedback. 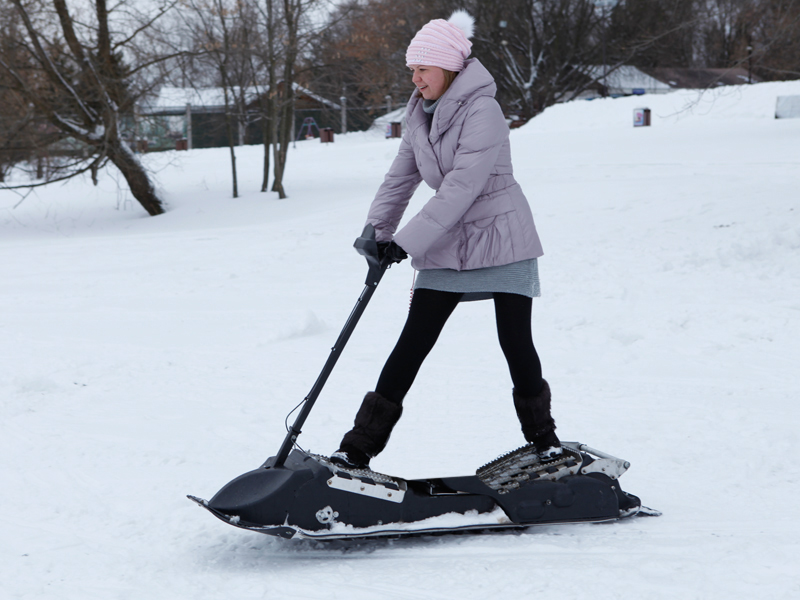 At the time (a couple of years ago), there were no components on sale yet to implement the prototype. At least I couldn’t find any, and left the idea in a long drawer, in the format of just photos of concepts.

And the price tag even with the nearest components strongly discouraged.

The idea was such – a petrol engine and transmission, due to peculiarities of construction of a variator have not such sharp “jumping off” from a place. And this is an important characteristic to “paw” in small corners. In order to drive into a counter slope it is necessary to apply more gas. And a variator takes a long time to accelerate. 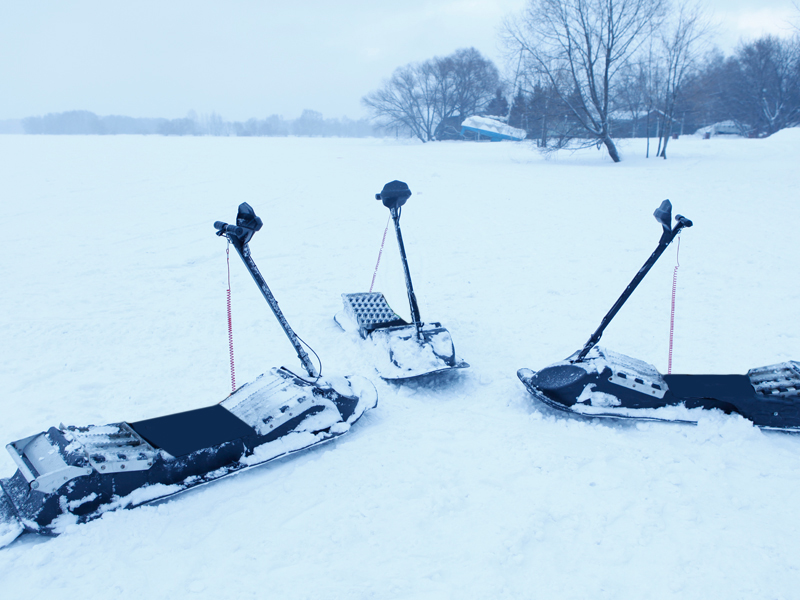 Yes, it has enough speed and power to drive forward and steer a bit, but if you tilt it, the speed of the track rotation is no longer enough to hit the snow and push away from it.

Plus, a petrol engine will flood the spark plug, and it’s more likely to stall. 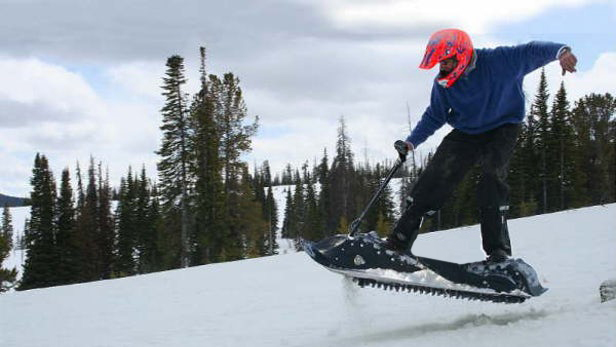 Of course, if you don’t take range into account. To increase range for petrol engine, it is necessary to use jerrycans. It’s not convenient and expensive, but that’s not the point. 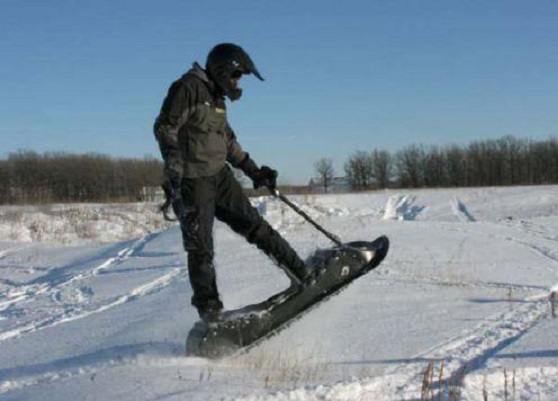 With the electric system, on the other hand, there are other advantages. For example, there is no engine roar and there is less noise overall. You can drive through the woods and “enjoy nature”.

There is no smell of petrol, soot and oil, and of course there are no tracks. Hunters and foresters especially like this advantage, for whom it is important that the animal does not sense a human being. 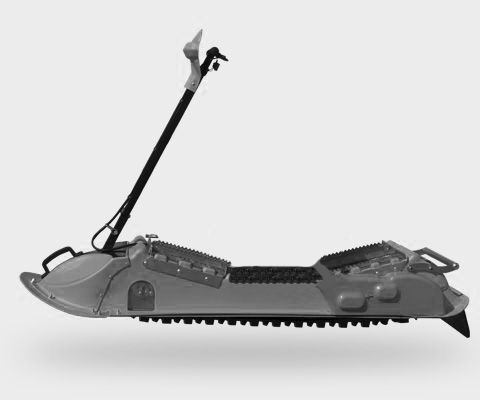 In general, it would seem that all the advantages are for the electrics, except for the price. The price kills all interest, because at the moment, while components are still very expensive, since they are not made in Russia and are imported from China with all the duties, taxes and surcharges.

Estimated retail cost shows that we have to focus on the price of 350-400 thousand rubles, which of course does not fit in any frame.

As frequenters of the sofa troops would say, for this money you can buy not only a hundred litres of beer, a used car, and maybe even a new one, and to build 100 such snowboards in your garage. 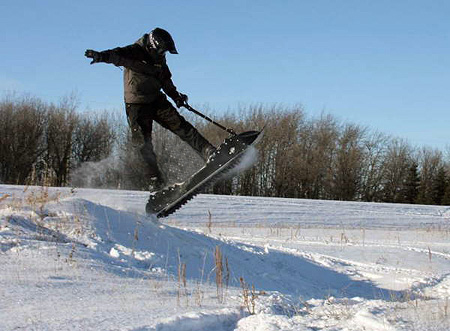 At the same time, the price for a Russian petrol-powered motosnowboard is only 75,000 roubles. And it has already been tested, is already in mass production, has a warranty and is almost always available from dealers and the manufacturer. It is cheaper than any snowmobile in Russia, and most importantly more compact.

But advantages beckon. I would like to push the boundaries of capabilities. And what if, after our mass production we will be able to lower the price of our electric model to 150 – 200 thousand rubles. Who knows if there will actually be more Russian customers who will be able to buy for 250 than it is usually assumed? Or maybe it will be possible to sell such a unique product abroad at a super profit, even with a lot of fuss.

Anyway, people with money in the field came along and decided they needed to experiment. They made their own hastily made prototype and are conducting field tests on tinplate.

In general, according to the results of the tests it became clear that electric motor is what you need to make corners with this chassis. Further you can still play with the settings and improve, but happy with the fact that the electric has given an increase in performance in 2 times (the feeling).

BUT the PRICE still bites (((.

In piece-by-piece production under the order the price for a customer of course turns out under 500, but at a series of 200 devices a year is already reduced to 350-400 thousand rubles. And in 5 years, acums will greatly increase in capacity and will become cheaper, and you may see up to 100-150 thousand retail price will be able to lower the price tag in a series of 1000 devices. 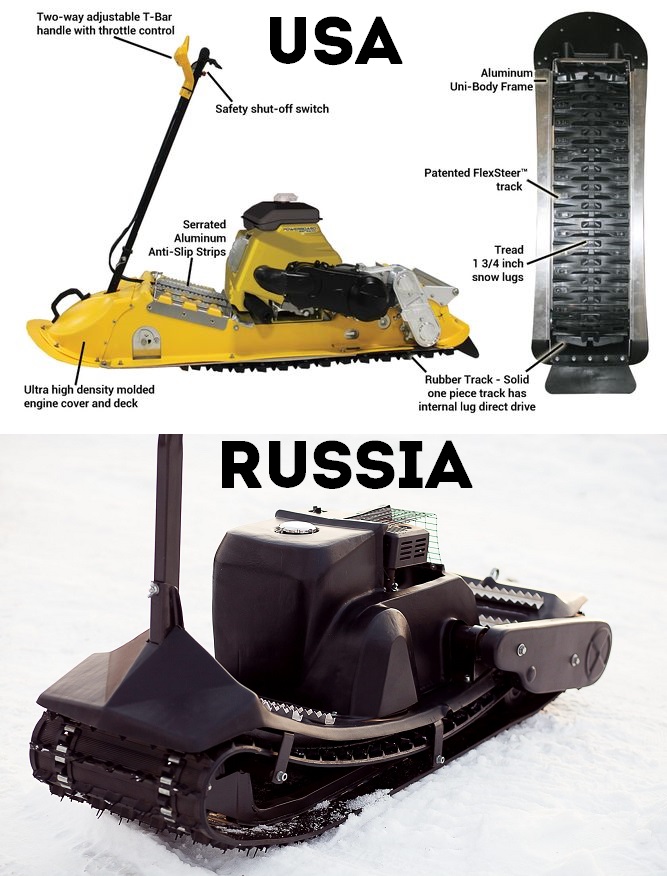 But whether users need it in the midst of economic and market uncertainty is of course a big question.

Do you think it would work in your country?